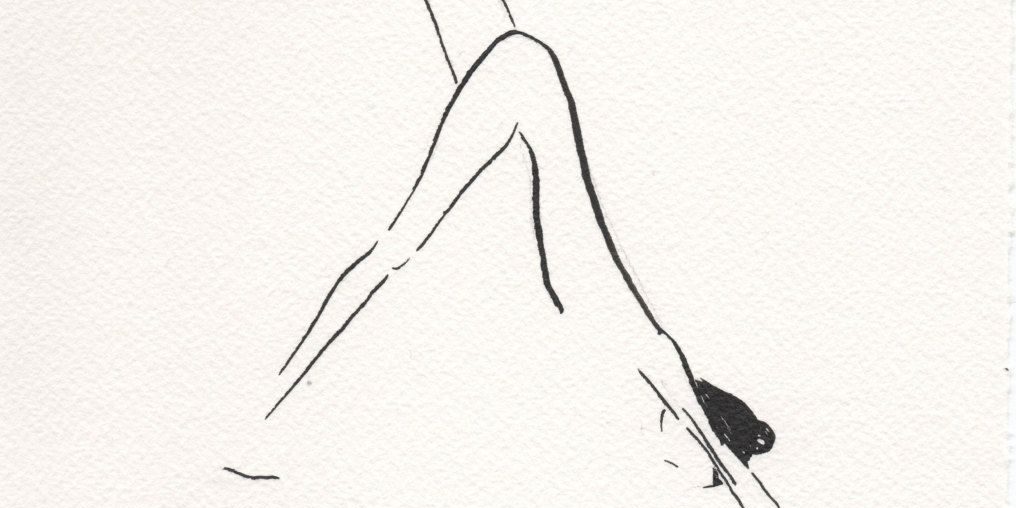 If Yoga is about feeling at one, within yourself and with the world, why do we need yoga postures?

Can you not just… hear this idea, understand it, remind yourself of it and begin to feel it day by day and more and more until it becomes a natural state rather than a sought-after one?

Or, if you’re lucky, like Eckhart Tolle (global star, filler of stadiums with his talks, and best-selling author of The Power of Now), you could spontaneously get there in a moment. Eckhart (now 70), was enduring a deep depression in his 20s, contemplating suicide and this was going on for a few years. Then, one day, he sat on a bench and just decided he was not what he thought or felt, and that was it! Boom. He’s been in a state of yoga (or at one with his awareness) ever since. (Meanwhile, here’s me…. 20 years on from beginning yoga… still in training and falling off the awareness wagon on a regular basis, but I digress..).

A colleague recently shared that her husband doesn’t go to yoga classes because ‘he’s already there’. Asked what she meant by that she said, “well he already gets and feels and acts from a place of yoga, so he doesn’t need to do Triangle pose or a Downward facing dog.”

So why do we have yoga postures and why have we collectively bought into the idea we need them?

Well, we could take the historical route to answering this question: from its roots, as far as we know it, it was a sitting devotional practice of meditation and has evolved into largely a current day gymnastic-orientated incarnation (though there is a small yet significant band of practitioners who find their yoga through chanting only, or through giving service); consider that my potted history of yoga if you like! But instead of the historical, anthropological and an attempt to be vaguely scholarly route, permit me, if you will, to shoot directly from the hip on questioning this assumption that is made the world over today that doing yoga postures gets you to a state of Yoga.

Well, I guess one reason is because we are told it will! Life and history has and will always be full of powerful personalities or wise individuals who share a belief and it is then followed and it spreads and breeds a whole institution or alleged truth. We then take it as read, if the teacher’s lineage and then our own teacher, or maybe a best-selling author, or wonderful speaker, has passed it as being so, then it must be so.

Think of the placebo affect: which is REAL and does WORK. We now know from many studies and medical research that telling someone something will work is more than 50% more successful than a pill or actual remedy.

Another reason we assume yoga postures ‘work’, is that there is a part of us, in every one of us, that is attached to the way we look and most of get a satisfaction, albeit short-lived or superficial, in having the admiration or respect it gains from others in having a fit and healthy body.

So there is already an irrational yet strong impulse to just believe and embody the idea that something that makes our body end up looking better and feeling stronger, and yes healthier, could lead to a deeper understanding about life and our purpose. Why question that if we like what it brings in the process?

Then we have multiple schools of thought across science, medicine, physiology and the oh-so-now-fashionable neuroscience field that have evolved from looking at just the body, to realising there is a mind body connection. So these sciences now tell us having a flexible body, and breathing better, and having healthy organs, skin and mobility brings about clearer thinking, self-esteem and a connection to one self. (Whoa… or so we are told.. right?).

Embedded in yoga philosophy itself, what are considered the significant texts on yoga, running as far back as 5000BC (or earlier), through thousands of years on and to the last century when new schools of yoga and teachers re-interpreted as well as re-surrected the discipline in their own way, there is a direct and assumed correlation between body and mind and soul.

I have contemplated this question since the first day I did a class, the question of the link between yoga postures and the meaning of yoga, which, as far as I understand it, is ‘being in a state of union’.

While the question remains ever relevant and pertinent, my response to these contemplations has evolved through time and practice.

And therein I think… lies the key.

Our relationship to yoga evolves not only through how we digest our life experiences, but how we relate to the yoga practice itself.

So, I thought I’d share – should it shed a shard of light on this topic – why I do yoga postures and how my understanding of them has changed through time.

There is no doubt I enjoyed the feel of the stretch while doing yoga postures in my early days of practice. I still do. My motivation at the outset for engaging with yoga however was not physical… it was… to introduce some balance into my hectic work life. But yes, the feel of the postures felt good and after a physical practice I felt good. I started to study the history and philosophy of yoga pretty quickly, from the first day of practice, because I wanted to understand what this yoga thing was and how it worked. Though, I have to say, years upon years of study (formally, on courses, and on my own through self study and reflection), may have enlarged my knowledge base of yoga, but that vital link – postures to the state of Yoga – was one I still took as ‘read’ and ‘told’. In other words, in hindsight, I had no idea.

Yes, the yogic philosophy that says we human beings are comprised of layers of being and that these layers are interconnected and affect each other does make sense to me and we can feel this in any given moment. The layers (my translation) refer to: physical, mental, emotional, consciousness, deeper consciousness and oneness or boundlessness. We know that if we feel unhappy, that affects our breathing. If we feel more open in our body, we feel more motivated, and so on. BUT, but… why should that lead to a state of Yoga? After all, all these effects are temporary and are still ‘mental ideas’ of what we have been conditioned to think and feel.

And really, if we are already at one with everything, and our ego or identity (which is tied up with the state of our body) is a small part of the jigsaw puzzle, then, again, I ask… is it necessary to work through the body to know, feel and act from that place which already ‘is’?

Ok, back to my practice trajectory. In my 30s, I developed a chronic health condition which had and continues to have a visceral physical painful impact in my body. I changed the way I practiced physical yoga to accommodate the fatigue but also to help manage the pain and energetic impact. Indeed, to this day, I attribute Yoga as my physical salvation. Multiple surgeries, so-called ‘world leading experts’, change of diet, and thousands upon thousands of pounds spent on remedies and treatments  have had a tiny impact on my managing the health condition (which is endometriosis) compared to the effect of yoga practice.

I say ‘managing’ as yoga practice hasn’t reduced the health condition itself (I still have endometriosis), but, it has led me into a whole new dimension of being in touch with my thoughts, emotions, inner and outer choices and seeing how all of these things affect how the condition shows itself and how I respond to it.

Being ‘on the mat’, or even just in my body on a chair with a hot water bottle and doing yogic breathing, brings me the space and opportunity to see these things, including how to practice the postures and breathing in a way that is nurturing and non-harming. Through this journey, I have realised and felt the connection between how I practice the yoga postures and their relevance to the qualities of being in a state of yoga: nonharming, being not doing, non judging, accepting, and connecting to something beyond the temporal.

Entering my fourth decade, my body’s internal workings feel different. Plus, things like going through a major bereavement and new commitments have affected the needs and functioning of my body. Strangely, yet beautifully, enough, my current day physical yoga practice is the most practical and functional it has ever been! I came to yoga for balance, I stayed with yoga for healing and symbolic companionship, and now I do my yoga postures to keep my body in check!

Nowadays while I do a yoga posture, there is a whole new level of deeper listening going on that has been cultivated and grown through a mix of practice, life and study. The quality of the listening is more expansive and less judgemental and far more present that it was in previous times. I find that listening inwards while practising, noting the sensations and impact on my breath, physical organs, emotional state and thoughts, whilst I do the yoga postures brings me to a place of yoga: the connection between awareness and object.

Could this happen through other means? Of course it could.

Can’t one just sit and be? Sure they can.

What about smoking a joint, it’s quicker, takes less effort and nowadays is cheaper than a yoga class! Go for it  – if you’re looking for a temporary connection that relies on something induced from the outside.

Doesn’t the whole visual and aesthetics of yoga postures detract from the yoga? Yes it does. So know that it does. And that’s why I believe you need a teacher who sees beyond that and for your to do your own continued study to catch youself when you are slipping into the ego-state.

Aren’t people who have to do yoga postures every day for a certain amount of time more attached than detached and therefore further away from a state of Yoga? Well I think so!

Which is why eventually.. eventually… the yoga postures are best served as a larger set of tools in your life box. Eventually, the postures are like the mind – one part of the greater puzzle and amazing mystery that is life and why are we here. Do the yoga postures lead to a state of Yoga? No, not on their own and for most of us, not immediately. But it’s a route and it can take you there if you tread humbly and with a sincere guide.