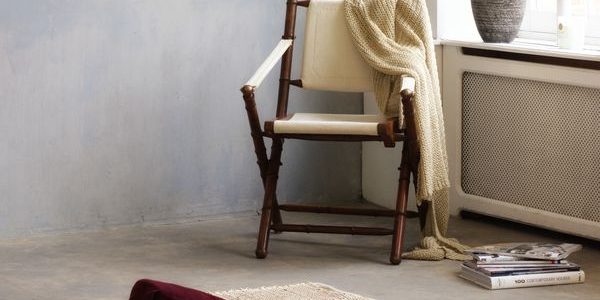 Wherever you stand, or choose not to stand at all, in relation to Brexit, Trump, the rise of nationalism, the acceleration of AI (artificial intelligence), the proliferation of VR (virtual reality), gender wars, race riots, the growing inequality gap…. the jitters in the air is palpable, close to home and beyond.

Pretty much everyone I know and have some close connection with has shared lately feeling ‘an anxiety’ in the air, be they living in London, another city, the countryside or even in a different country.

Most of us (and I’m assuming if you’re reading this, you left school long ago) are used to change. We’ve done puberty, we’ve left the safety net of education for the world of standing on our own feet, working or raising families or both, we’ve not only left home but moved to new places and probably more than a few times, just as we’ve had two if not several jobs by now (according to the statistics) and maybe one or two career changes.

We will have grown up witnessing the changes to the landscape around us, more development and less community-centric vicinities.

Then there is wider change. As I write this, we are all, every one of us on planet earth, experiencing one of Nature’s perpetual transitions – Autumn. Here in the northern hemisphere, the skies are darkening a lot sooner, the hot summer has given way to chills in the air, catching us out while we adapt, and the leaves while still green or red are beginning to shed. We are in the thick of transition.

Change biologically, environmentally, socially and ecologically is something we are all too familiar with, even if by definition transition (the period or process between one state changing into other) will always catch us out somehow.

But the times we are now living in have served up an unprecedented transformation. It is said we are living through the greatest transition known to woman or man since industrialisation: that of the dawn and acceleration of the tech age.

Digitalisation and the internet has not just changed the world of work, home life, socialising, our diet, and material needs, but has affected, nay shaken to the core and continues to send waves through politics, identity and security within the individual and the collective.

Scientific research also shows that since the birth of the internet, the way adult and children’s brains and nervous systems operate has changed. So too the way we relate to each other.

This is not a post to blast any of that change.

As we know, change is inevitable.

Reach a certain age in life and you realise that nothing is permanent, everything is impermanent and things in terms of how we experience them are mainly determined by our own shifting faculty of perception anyway.

Bringing things back to the here and now, whatever the cause and wherever we are heading, I wanted to acknowledge a greater uncertainty I can hear, sense and receive all around me and I imagine you can too.

In this climate, I have found yoga, mindfulness and meditation come into a whole new power. These practices, which I ‘found’ some 20 years ago, have always helped to ground me, my energy, emotions, fear, my breath, my body and my resistances. They are practices that gave me and my challenging experiences or difficulties somewhere to turn to and channel through.

Just over two years ago, the Brexit vote came through. It was some months afterwards that I found myself feeling a new kind of uncertainty. You might think that uncertainty I am referring to relates to identity, questioning Britishness, fair play, and feeling abandoned by both, and wondering who I am as non british born British person.

But actually my uncertainty was triggered by something beyond identity politics. It was a mixture of facing up to the fact that individualism, or what I call ‘it is all about me-ism’ was the dominant attribute of human beings and feeling let down and bewildered by this realisation. It was confounded by the question  “was I part of this too, at some level? and how had I, alongside so many in society read things so wrong?”

I thought this feeling of deep unease would go away or lessen. But with the news and current affairs around us reporting on more and more events and policies that bolster the ‘me’ism’ culture, with social media feeding and fuelling the insecure part of ourselves, and with no leader, group or political party stepping in to break through the rancour and at least attempt to offer a more humanitarian, collective, rational, sensitive way of living and being… well, that new uncertain feeling has not gone away. It has grown.

This may sound scaremongering or over dramatic, but through this period and ongoing, I have found two things that have turned out to be not just a support, but inspirers of an optimism and encouragement.

The first… is a daily practice of stillness and just being. I practice stillness by sitting comfortably and simply noticing whatever arises. I do this in the morning. For the rest of the day, it’s not like everything runs on zen and bliss (sorry to disappoint), but there is a foundation of fundamental calm beneath all that comes up externally (life experiences) and internally (thoughts, emotions).  I have found 15 or 20 minutes optimal for this effect. On the rare morning (its approximately once in a fortnight this will happen) that I haven’t done my sitting practice, it’s as if those jitters and anxieties have a free pass to access the rest of the day.

The second… is reading, hearing and contemplating sacred wisdom. Be it eastern or western, ancient or modern, there are certain teachers and guides whose wisdom we can imbibe and remember. Like eating nourishing food, the nuggets of wise wisdom, if consumed without distraction (e.g. we are not talking scrolling through life quote memes on instragram, but focusing on a chapter on a book or listening to a podcast), leave imprints in our somatic (felt body) being.

An example. It was more than a decade ago that I read Pema Chodron’s book When Things Fall Apart. Revisiting it recently, Chodron, a Tibetan Buddhist nun, shares that things will fall apart and that sometimes we need to dwell in that very phase of them having fallen apart without knowing what will happen next or we must do to fix it. In doing this, we develop a compassionate and kinder relationship to ourselves and then the world. Reading this a second time and in the current climate was like receiving a rescue signal in the dark.

You know when a wisdom you imbibe is just that – real wisdom  – when it goes beyond mind, emotion and your own circumstance and connects to something within you that is your own internal wise teacher and guardian sitting there.

In this uncertain and transitional time we are living in, we could just wait for things to settle down or eventually change, we can react, we can carry on getting swept up in the rapid tidal waves of technology, we can hide in nights of Netflix and days of spending splurges on superficial wellbeing traps.

Or, we could sit right in the heart of that transition with our mind, body and breath and how we really are. It might feel like the weaker position, and it is by no means an easy path, but that’s where we will find ourselves and our greatest teachers. Then we can be agencies for positive change.