Tips for Beginners to Yoga 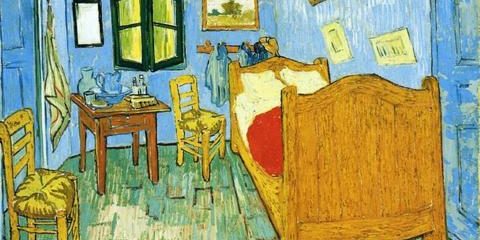 One of the most rewarding aspects of my job as a teacher is witnessing a person pursuing the practice in defiance of whatever obstacles (mental or physical, usually both together) get in the way of that.

Things like ‘I’m too stiff’, ‘I can’t make the time’, ‘I have too many responsibilities’, ‘my mind won’t keep still’, ‘I need to move more’, and the classic ‘I’ll be no good at it’ are not what I consider barriers to entry. The issue here is how much you really want to do it. If you don’t really want to do yoga, just don’t do it. There’s no need to make a thing of it, there really isn’t. Do something else.

But real obstacles are there and for many who really do want to practice. Such obstacles include the physical realm, such as issues around balance, flexibility, strength, capacity for movement and stretching or even breathing. There are chronic and low-level health issues that can stand in the way of just getting to a yoga class or showing up on the mat. Certain injuries while being able to be helped through yoga can seemingly also stand in the way of doing it. Then there are substantiated life challenges, such as needing to find childcare and non negotiable working hours of a job.

Though in the time I’ve been practising and teaching, I have seen probably hundreds of examples of men and women, young and middle age and older, pursuing a regular practice against the odds.

Here are a just a handful of examples to inspire you:

-a man given three months to live by his doctor and unable to get out of bed, pursue a yoga practice of breathing exercises and relaxation initially, gaining mass improvement over time and moving onto gentle movement and four years’ on is living a thriving, fulfilling life (still committed to his daily breathing practice)

-a woman with three kids and a business and an elderly mum to look after find time for a weekly yoga practice which she continues to this day, five years’ on

-a young man in his late 20s, who has suffered anxiety and panic attacks and not had a good night’s sleep since his teens, develop and sustain a meditation and yoga practice, and then going on to pursue his media career dreams, writing a book, finding love and sleeping seven hours right through most nights of the week

-a young woman in low paid employment with no family in this country, determined to learn yoga and practice daily, and who is now a qualified doctor and a qualified yoga teacher

-a chap approaching middle age, stressed out by the demands of his finance job, in particular the long working hours that saw him getting home late most evenings, saddled with mortgage and other responsibilities, found time to learn yoga and forced himself to seek weekly therapy, three years’ on he’s quit the finance job, starting his own health business, has rented out his flat to help finance the business, is healthier, looks ten years’ younger and (of course) continues his yoga practice

I could go on… but that’s just a flavour.

Recently I gave a talk on how yoga and meditation can help women who suffer from a health condition called endometriosis – bear with me, it’s relevant to the rest of this post. At the end of my talk, people were invited to ask questions. There was a lady who said she had no idea how to find a yoga class or teacher that ‘she would like’ and ‘would feel is best for her’ and that that was why she hadn’t got round to doing yoga yet. Another said she didn’t have the energy for it. (Falling into the populist trap of thinking yoga ‘expends energy’  – when yoga is meant to restore energy). There was another there who said she’d tried a yoga class at her gym and was ‘horrified that the teacher didn’t correct her once’. Another person expressed her disdain for the yoga industry and newly qualified teachers.

It struck me that actually while I know there is a circus going on in the yoga industry, in terms of its populism and spread and ‘showing off what you look like’, this should not detract from an essential component of yoga which is: self-empowerment.

We live in an age that with one tap of a finger we can have whatever we like; food, experience, entertainment, new boyfriend, bit extra to the boyfriend (;), a holiday, a new work contract, a new house, and so on.

You can have someone talk you to sleep through your phone, buy a wonder supplement to make you thin, pay someone to change your face, and potentially go through the rest of your life living online (actually, some of society already do).

This breeds an entitlement and a misleading sense of ‘because I know what I want’ or ‘I have self awareness’ or ‘because I want to be better’ that should somehow mean I get what I want and others should be able to deliver it to me.

Well, sorry to break it to you, but a really good yoga teacher won’t give you what you want or what you need, but she/he will hopefully give you the tools and guidance to work through your own body, mind and spirit.

If a yoga class, in your opinion, doesn’t cut it, then take action to find a yoga class that does –rather than moan about the yoga class.

If you can’t leave work to make a specific class, make peace with that. My first three years of practice were done with a book and me in a 2ft space next to my bed in the flat I was renting, every morning before work. Yes I saw a teacher once a week too, and sacrificed the pub for that.

Money shouldn’t be an issue in this day and age. Millions of free yoga classes are available online. Many teachers, like myself, who are senior qualified and have decades of experience offer really really reasonable priced classes that cost less than a film ticket, as well as the private bespoked tuition to those who can afford it and to fit it in their schedule.

If health or an injury is an issue, well, invest in the time and effort to find a class that accommodates what you have and gives you the space to still practice. Some classes won’t be appropriate, in fact, if you are working with something physical or mental, most classes won’t be appropriate. But it’s your job to find the one that is. Don’t expect the yoga studios or gyms, that are businesses primarily, or ‘instagram’ to solve that one for you.

Sorry if this post wasn’t quite what you were hoping for when you read the title. Were you looking for tips like, when to use yoga props? Or what ‘style of class’ should I go to?”. Or, “where do I find a good teacher”. These are valid questions, I get asked all the time, and they have a place and time to be asked.

But if there are real barriers to you practising yoga, they are not only the very things for you to work with and through, but in doing so, you’ll make a very fine practitioner indeed.

As one of the greatest western artists said, “As we advance in life it becomes more and more difficult, but in fighting the difficulties the inmost strength of the heart is developed.”

That was Van Gogh. He worked through challenge after challenge, from having no money and little space, from mental illness to grief, to still producing his finest works of art.

Change is what you make it
September 25, 2019
Recent Posts
Topics
Archives
Go to Top