Life After Lockdown: before you transition 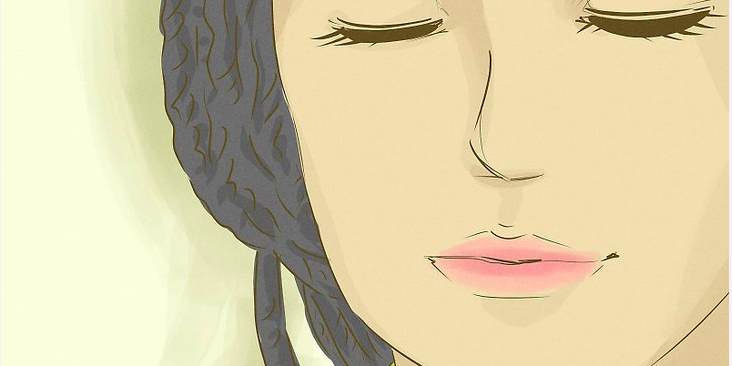 One minute we are going about our day. Then fragments of news’ arrives, of a virus spreading in a far away land. This expands, over a few weeks, into eerie scenes depicted on European shores and a stream begins to build of regular commentary on media platforms. Random gossip turns to concern, questions become predictions. Then we saw the pictures, those images that made it real and dug into our hearts, of hospitals, doctors and deaths by the hundred. Not yet ‘here’, but not far away now. Then Italy was ‘closed’ by the government.

The chatter on our shores turned from ‘if’ to ‘when?’. Who knows when ‘it’ actually arrived (though we know now ‘it’ would have been here long before it has been acknowledged) but the decision that was the turning point for our lives happened overnight. The national instruction for our country to ‘shut down’ and sequester itself, indefinitely, given to us with 24 hours’ notice.

You could call that Part One. Or, the build up to coming into the Posture.

Each one of us has had months of enforced refuge since. But it has taken different form and structure and with consequence unique to each of our lives.

For some, it was a bit of a holiday from usual every day life. More time with the family, perhaps new pursuits, hours spent daily in private outdoor space and premises, some de-cluttering, or just having a simplified life, working from home. For others, like those living alone, or in flats, or for the medically vulnerable, or the elderly, it has been an isolation of length and depth previously unknown. Then there are those who were balancing the extraordinary contrast of, on one hand, going into over-drive and above and beyond normal routines to be in service to others: health, medical, food, transport, caring for elderly, safeguarding of young. But they would come home and deal with the opposite; a loaded silence. They have been carrying overwhelm and isolation, both.

The contrasts have been prevalent in our work lives. Jobs went. Careers hung in

the balance. Businesses temporarily closed. Projects halted. Industries nose-dived. Some just stopped. Other companies shut altogether. But, alongside that, jobs have been held, secured even, some careers enhanced, new projects started, diversification triggered, vital services bolstered up, online commerce has gone through the roof and some have had the space to not work and dwell in the zone of a Spring time off.

Family life has been for some a renewed support and deeper experience. But not for all has this been so. New challenges, new revelations and new negotiations have been made or attempted. For many, one’s own livelihood had to be put on hold altogether: having to carry the responsibility and care for someone unwell, even if they were unable to see or touch that ‘someone’.

Hundreds of thousands have lost loved ones. Even more thought they might or would lose a dear one.

Then there are hundreds of thousands, working in hospitals and care homes across the land, who have witnessed death and illness on a scale they could not have imagined.

Others, be they in rural idyll, innercity or suburban pockets, may not have had death or illness at their door or their families’ door. But they saw, – we all – saw – the scenes, the graphs and the reports. Many of us were seeing this hourly, daily, on our phones.

You could call that Part Two. Being in the Posture.

Unlike the high level instruction given to withdraw and stay withdrawn, which was, incredibly for 2020, largely obeyed by the nation, there wasn’t a clear, decisive reversal of that instruction. There has yet to be, in fact. But, the beginning of the unravelling of lockdown occurred anyway, on the fringes and through personal volition. Perhaps seeing ‘that curve’ no longer rising put a thought in some people’s minds that locking themselves away was no longer necessary. Or maybe there was general lockdown fatigue. The dual shock – of the virus, and the lockdown itself – had bedded down and was beginning to wear thin. The weather was also good. Warm weather in northern hemisphere countries is a gift too irresistible to not make use of. Why not just go outside, one extra time than was permitted, and a bit further away from home than normal. Why not go meet that lover, mother, or friend. Then leadership itself flagrantly went against what it had asked its whole country to do. Scientists, politicians, people we had given our trust and indeed our lives to for months, were found to be ignorig or seemingly above the rule of the law of the land. The consequences of that were inevitable – though sadly such leaders didn’t see that.

It brings to the moment of me writing this now. From next weekend more shops and services will be permitted to open. Work life is near back to full force, albeit in different form and ways. Industries are finding ways to re-ignite. Queues are the norm. Education has been ruptured heavily but it’s near the summer holidays now. Hospitality, tourism and entertainment lie in the balance, but the feeling of ‘opening up’ is in not just in the air – it is happening.

Part Three. Coming out of the Posture

And there is a pressure upon us.

Just like the lockdown has been a different experience, person-to-person, so the coming out of it is not homogenous. This in itself creates a pressure. You, I, we, cannot be left behind. The pressure is on, to get on with it, to move on.

We should, nay, we need to allow for the uniqueness of what each of us has been through.

Collectively, we have been through a trauma. Locally, nationally and globally. Daily life was not just impacted: it was halted, disrupted and changed for a few months. Privilege or none, north or south, city or countryside, we were all subjected, to some degree, to this unprecedented change in the usual way of living.

But, how this trauma fares for each of us now will depend on the external support and circumstances of our individual lives, and, how we wereprepared internally (within ourselves) – before this all happened. Our personal inner resourcing will be playing out now.

So coming out of this disruption, is, in some ways, harder and more complex than dealing with the cause of and lockdown phase itself. More is at play. There is no guidance on what to do next. No national blanket holding us together. We each have to figure this out and this applies to not just our work, home and social life; it speaks to, significantly, our inner life.

Have we had time for what was being revealed to us during lockdown? Have we within ourselves acknowledged what occurred, let alone understood and thought things through?

Transitioning is happening in the now. But being the human beings we are, we are… fearing being left behind… wanting to what we know is familiar… needing to feel safe… are obsessed with looking ahead… are back into the seat of our norms.

I hadn’t enough time in the posture to figure out what was going on inside of me, if time at all to get steady in it in the first place. Then it was the next posture. Then we’d be done and I’d be asked to lay down. Shut off. Zone out. Then off I’d get up, and go back into the world – out of my 90-minute lockdown.

I might have enjoyed some of those classes. For a short term after effect. My body would have reaped some benefit. I learnt some things – irrelevant to the rest of my life, but still. There were positives.

But what was actually going on, and what was – importantly – showing itself that wasn’t being acknowledged, or processed – in those ‘now do this posture, and the next posture’ classes?

It was when I went counter-cultural to the way yoga was being offered and practiced around me, taking time away from it (ironically), studying formally and informally the very scaffolding of the practice itself, that I developed a new relationship not just to yoga – but to life. A relationship that meant I wasn’t on an ocean liner, letting a captain steer the hoards of us on board across the tide – but instead, I had hopped out  of the liner, into a little row boat – facing the same tides and ocean, but with the individuality of my mind, body and will.

Being in that little rowboat might seem scary, lonely, and uncertain. But the same world and human existence (needs, longings, desires, troubles) is there around us, whether you have a leader or not, or are in a group or not, or are in a big ship/house/ institution/workplace/family – or not.

In my little rowboat, I have the space to see and invitation to feel, what is there – in me – in a given moment in time.

Coming out of lockdown, I will be on the same seas as everyone else. But my needs and circumstances, even as we collectively come out of this traumatic time,  are not the same as yours’.

I look ahead, like you do. I want to live life with joys, accomplishments, love and shared experience, like you do.

But for now, I don’t want to leap into the next posture. There is much to digest and feel. Only then will the next step feel steady and real.

Navigating the pandemic – letting there be unease
March 24, 2020